18 chefs with 71 stars pay tribute to Robuchon in "a4manos"

18 chefs with 71 stars pay tribute to Robuchon in "a4manos"

Pordamsa , Gastronomy
Dani García paid tribute to Joël Robuchon for his career and worldwide influence in gastronomy as part of the "a4manos" event that took place from the 18th to the 21st of April. To do this, he brought the 18 most prestigious chefs of Spain and a few international ones together in Marbella, accumulating 71 Michelin stars. 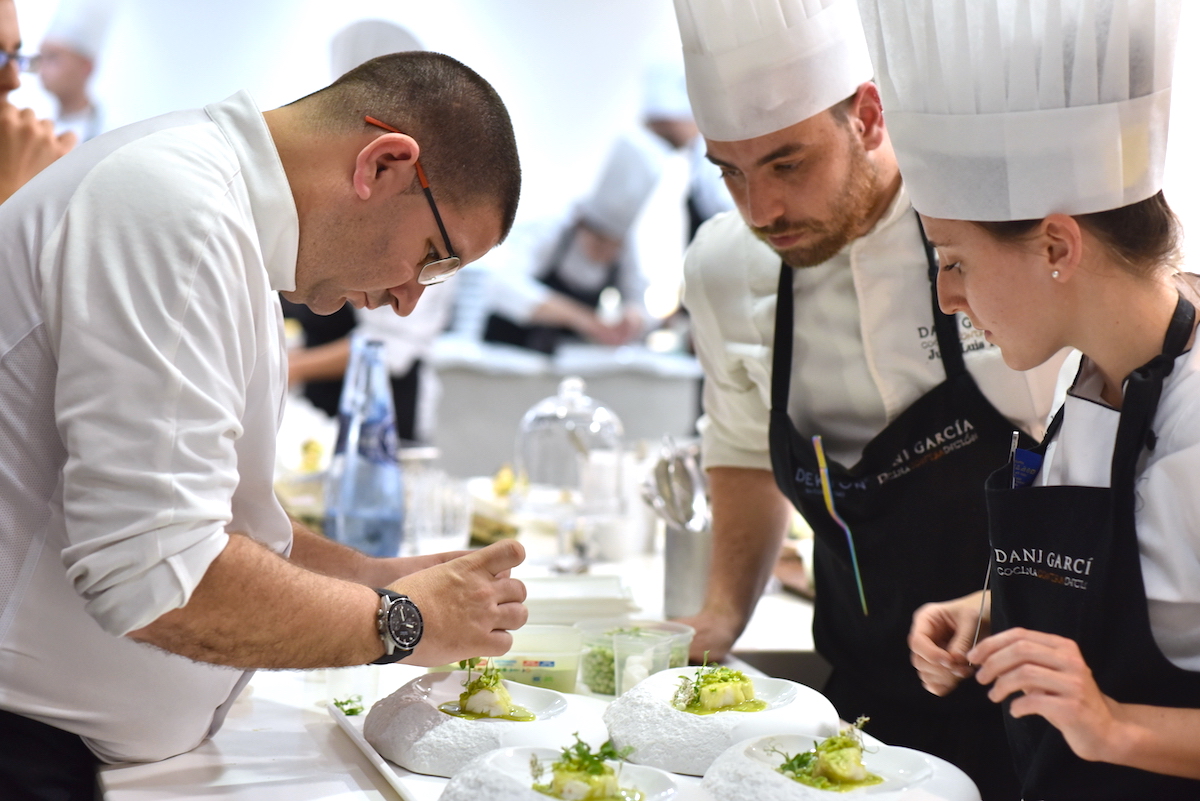 The first night was devoted to Joël Robuchon. The evening consisted of a dinner at which the 18 chefs recreated 18 of the French chef's dishes. The meal lasted almost three hours. The dishes had to revolve around three concepts: caviar, the sea and crunchiness. Pordamsa wanted to be part of this great event and thus designed a set of crockery to pay tribute to Robuchon. The honoured chef was visibly moved and stated that "the first time he went to El Bulli he felt very emotional; it was something he could never have expected. And that since then, he and Ferran had become great friends; and that he still had an extraordinary vision". And the truth is that Robuchon named Ferran Adrià as his successor in cutting edge cuisine some time ago. The next day, Dani García, Paco Morales and Ángel León cooked without using any technique from after 1995, i.e., using techniques from Robuchon's era. On Wednesday the 20th and Thursday the 21st of April, the namesake activities of the event took place. Dani García did “four hands cooking”, first with Daniel Humm and then with Sebastian Frank. “a4manos” began in 2014 and is already consolidating itself as an event that is becoming more and more relevant on the international gastronomy agenda. [gallery ids="4029,4028,4026,4025,4024,4023"] Images publiées avec l'aimable autorisation du: Groupe Dani Garcia
0 Comment(s)