Due to the current situation, online orders are temporarily affected. Each order will be managed individually and we will keep you informed.

Sorry for the inconvenience. 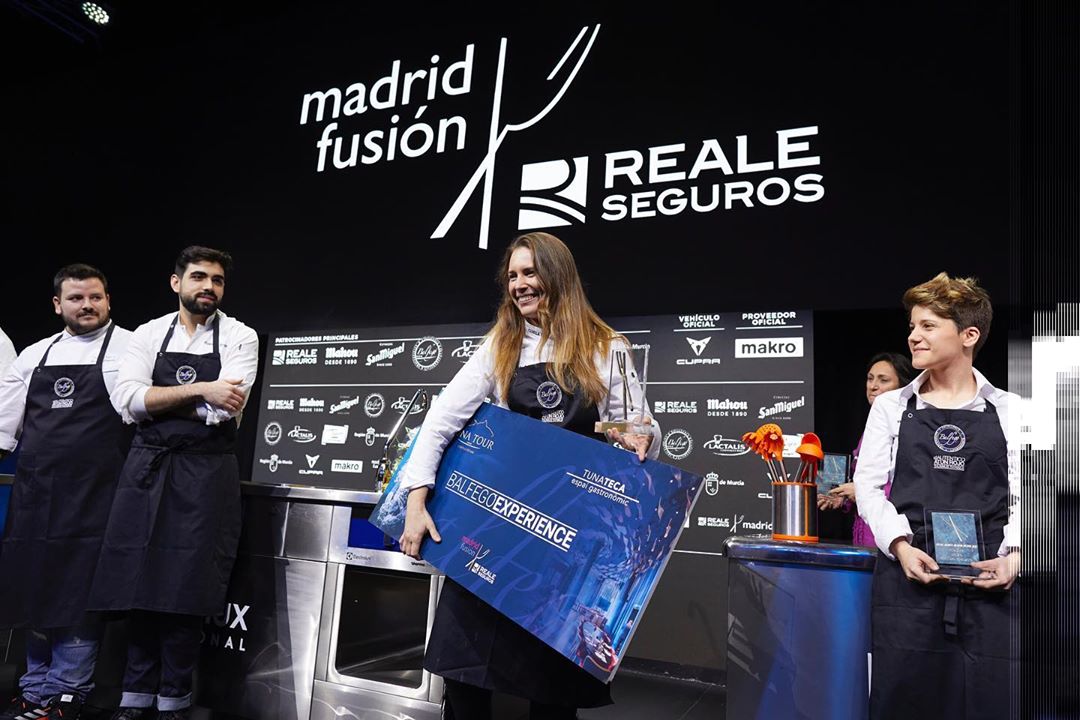 The chef has thus become the first woman to win this prize in the history of the competition, which has been giving out awards since the year 2003. The award was allocated by a demanding judging panel made up of eighty gastronomy experts who chose the winners of the competition through a secret ballot.

At thirty-two years of age, the chef has had the chance to work in the kitchens of various Michelin-starred restaurants, the most noteworthy being El Celler de Can Roca (Roca brothers), the Restaurant Aponiente (Ángel León) and the Restaurant Moments (Carme Ruscalleda), where she trained before opening her own restaurant in Seville.

Ferraro is currently running her own restaurant by the name of Sobretablas. This is a gastronomic space for 35 diners located in the El Porvenir neighbourhood of Seville where, with the help of Gironan sommelier Robert Tetas, she offers delicious traditional, contemporary, seasonal dishes inspired by the typical recipes of Seville and Andalusia. The chef opts for quality products in complex preparations that can be enjoyed as a full portion or a tapa.

Amongst the most popular dishes are her mackerel cooked in whisky, her glossy tuna belly with white garlic, her oxtail with celery, turnip and summer truffle mash and her fried chocolate bonbon.

Finally, one of the main characteristics of the restaurant is the fact that they use a wide range of vines on their menu, including wines from the Marco de Jerez wine region and other Andalusian, national and international wines, with over 150 different ones available.