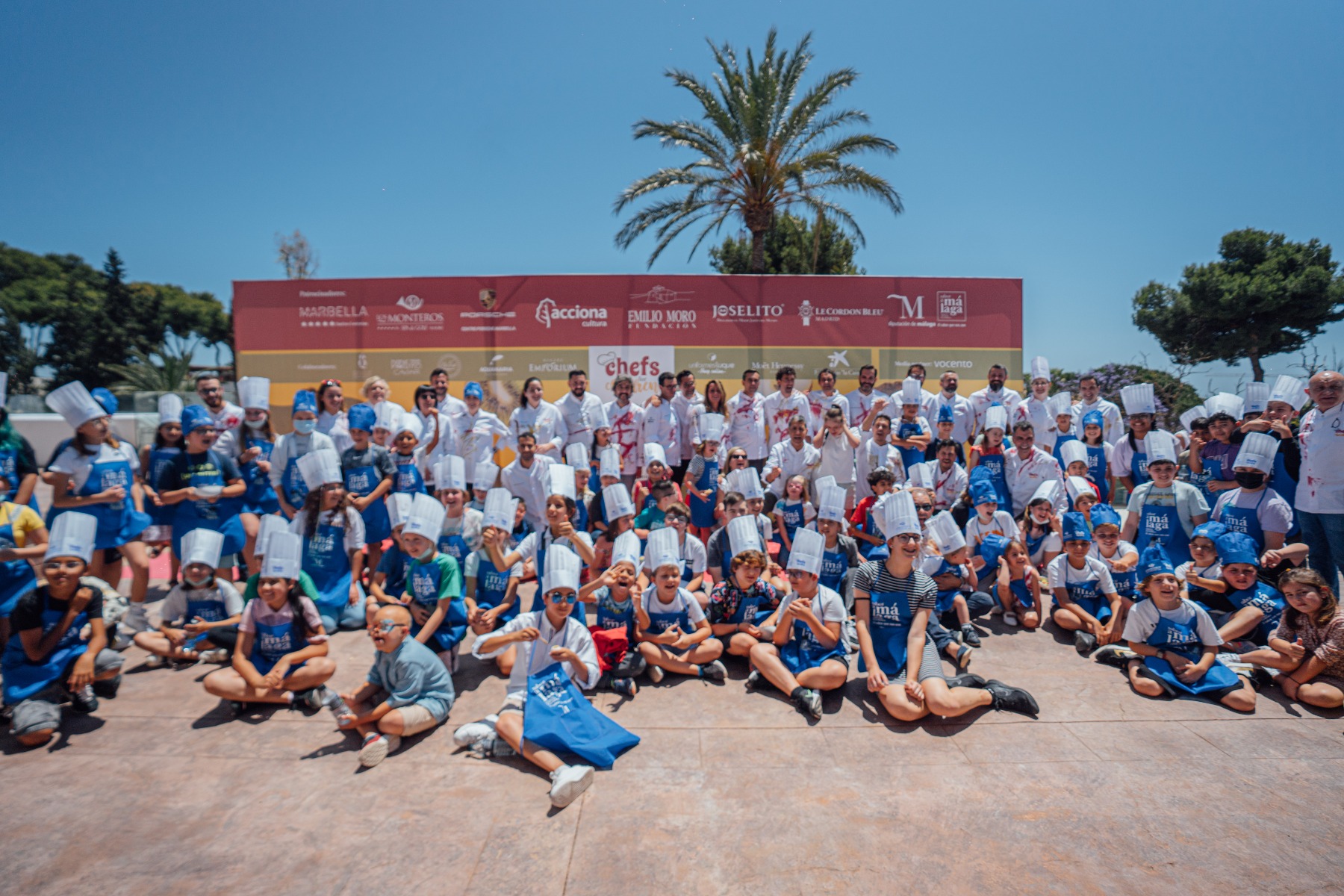 On May 16th, 26 chefs with 39 MICHELIN Stars met at the Hotel Los Monteros in Marbella to cook together with 150 children with Down syndrome and from seven schools in the town of Malaga. Under the motto “Eating healthy is fun”, they put on their aprons and made simple recipes with healthy foods with the aim of raising awareness about the importance of eating a balanced diet from childhood.

ChefsForChildren was born with the aim of promoting healthy food among kids and adding the solidary component through the support of different associations. In this 4th edition, they have collaborated with DOWN Spain, which has been working for more than 30 years with the aim that children with Down syndrome have a full and happy life, and are included in society.

The day ended with a solidary gala for the benefit of the organization, and was presented by the actor and comedian from Malaga, Salva Reina. It kicked off with an eight-course welcome tasting menu prepared by Malaga's MICHELIN-starred chefs: Mario Cachinero, Benito Gómez, Mauricio Giovanini, Fernando Villasclaras, José Carlos García, Diego Gallegos, as well as an iconic dish by Martín Berasategui, and it ended with a musical performance and open bar.

Francisco Muñoz, from the Board of Directors of DOWN Spain, has expressed "the enormous enthusiasm with which children with Down syndrome have experienced this project and the great affection that ChefsForChildren has put into each of the activities that have been carried out with the chefs. This is undoubtedly a wonderful project that will also allow us to continue supporting programs to benefit children with Down syndrome.”