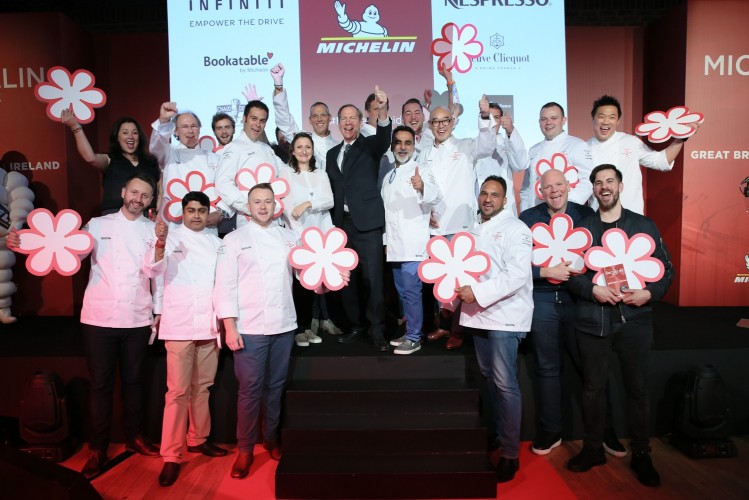 On the 2nd of October, the list of Great Britain and Ireland's best restaurants was published. Below we will name the restaurants that will enjoy an additional star during 2018.

The Araki gets its third Michelin star

(London), the exclusive Japanese restaurant run by chef Mitushiro Araki, joins the select few restaurants of the British Isles with three Michelin stars (only five including The Araki). The Araki has only nine seats in the restaurant and takes care of every last detail to offer an exquisite gastronomic experience.

El restaurant Bibendum (Londres) –the name of which is a tribute to the Michelin Guide's mascot– has received its second star and the person behind the stoves is chef Claude Bosi. Bibendum serves contemporary French cuisine, with a clear presence of seafood. The large building is impressive with two very different spaces: one with more casual decor and the other more formal.