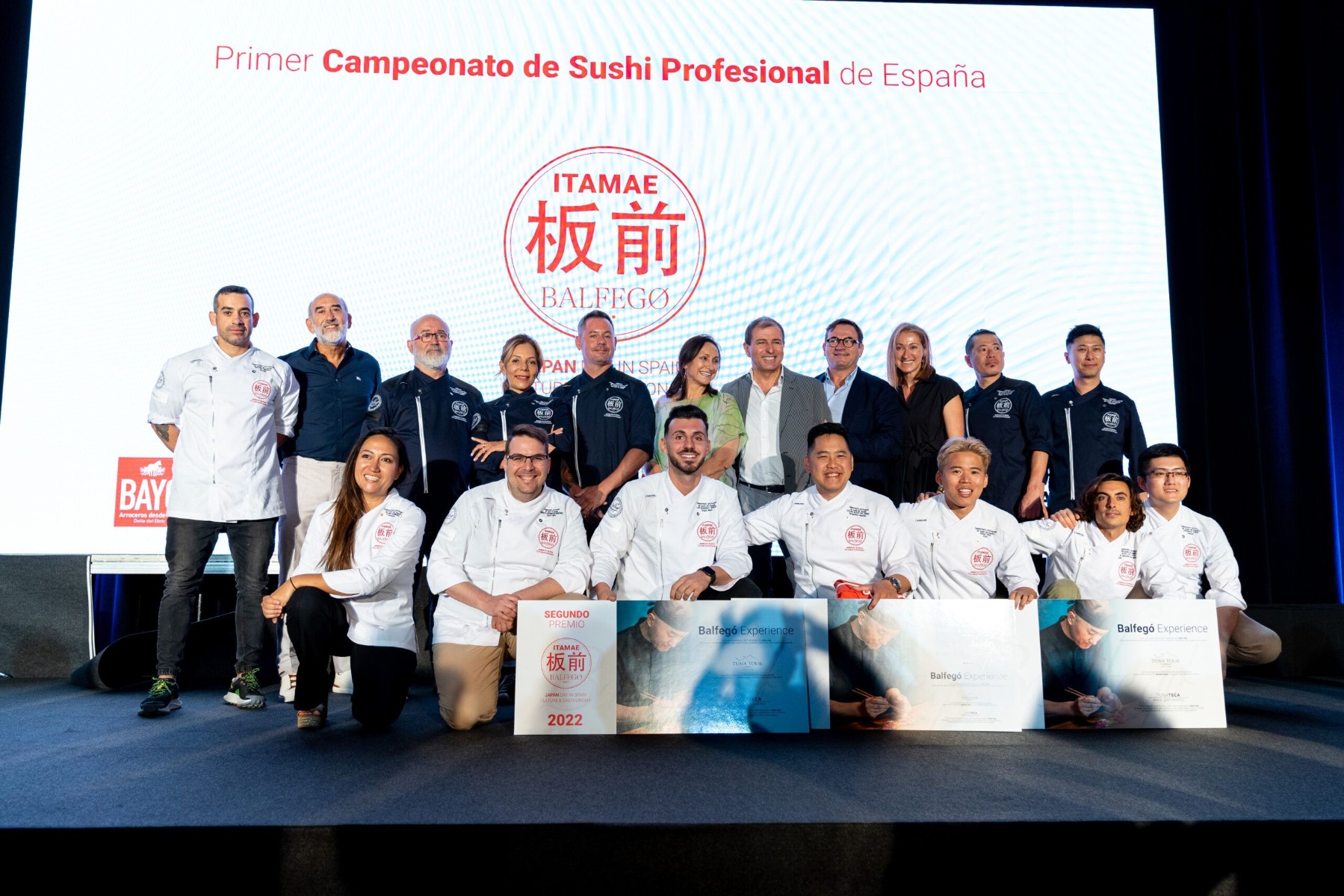 At the beginning of September, the art, flavours and traditions of Japan settled in the city of Madrid in the form of a championship. Under the name ITAMAE, the Balfegó company, specialized in fishing, aquaculture, marketing and gastronomy of bluefin tuna from the Atlantic and the Mediterranean, launched the first Spanish sushi competition for professional chefs, aimed at disseminating Japanese gastronomy and culture.

The championship, which took place on September 5th at the facilities of the Complejo Duques de Pastrana, was presided over by a jury made up of professionals in the gastronomic discipline of sushi: Hideki Matsuhisa (Koy Shunka, Barcelona), Yoshikazu Yanome (Kaido, Valencia), Ricardo Sanz (Kabuki, Madrid) and Victor Planas (Kensei, Tenerife).

Thus, with Asian music in the background, a large screen so that the public did not lose detail, and a lot of concentration translated into long silences, the championship final was held. After a few long and intense hours, and many tests, the chef Steven Bosen Wu Zheng was proclaimed the winner of the contest.

Trained in Tokyo, Belgium and Spain, the young chef began working as an Assistant Chef Teppanyaki at the Imperial Restaurant in Pamplona, ​​where he became Head Chef in just a few years. After a period of one year in the kitchen of the famous Uosaburo (Kyoto), a restaurant with a Michelin star, he returned to head the kitchen of the Imperial.

According to the jury, the champion of the contest has obtained the distinction for "his mastery, dexterity, agility and originality, as well as the presentation and cooking techniques used". In second and third place we find the chefs, Luis Bandera Heredia, from Grupo Mosh Restaurants (Marbella), and Wenji Peng, from the Oishi restaurant (Reus), respectively.

Steven Bosen Wu Zheng will enjoy a trip to Japan for two people, including flights and accommodation and 3,000 euros in cash to enjoy gastronomy in the Japanese country. To this is added, living a "Balfegó Experience", an award that the second and third classified will also receive, which consists of a Tuna Tour, food in Tunateca and a visit to the company's facilities to see all its processes.

Parallel to the championship, various shows, exhibitions and workshops were held with the aim of showing the public the highlights of Japanese culture. Taiko (Japanese traditional drum) and Koto (12-string instrument and ancient in Japan) concerts, Japanese ceramic exhibitions, bookbinding and Japanese calligraphy workshops, and traditional dance classes, such as Bon Odori, were organized.