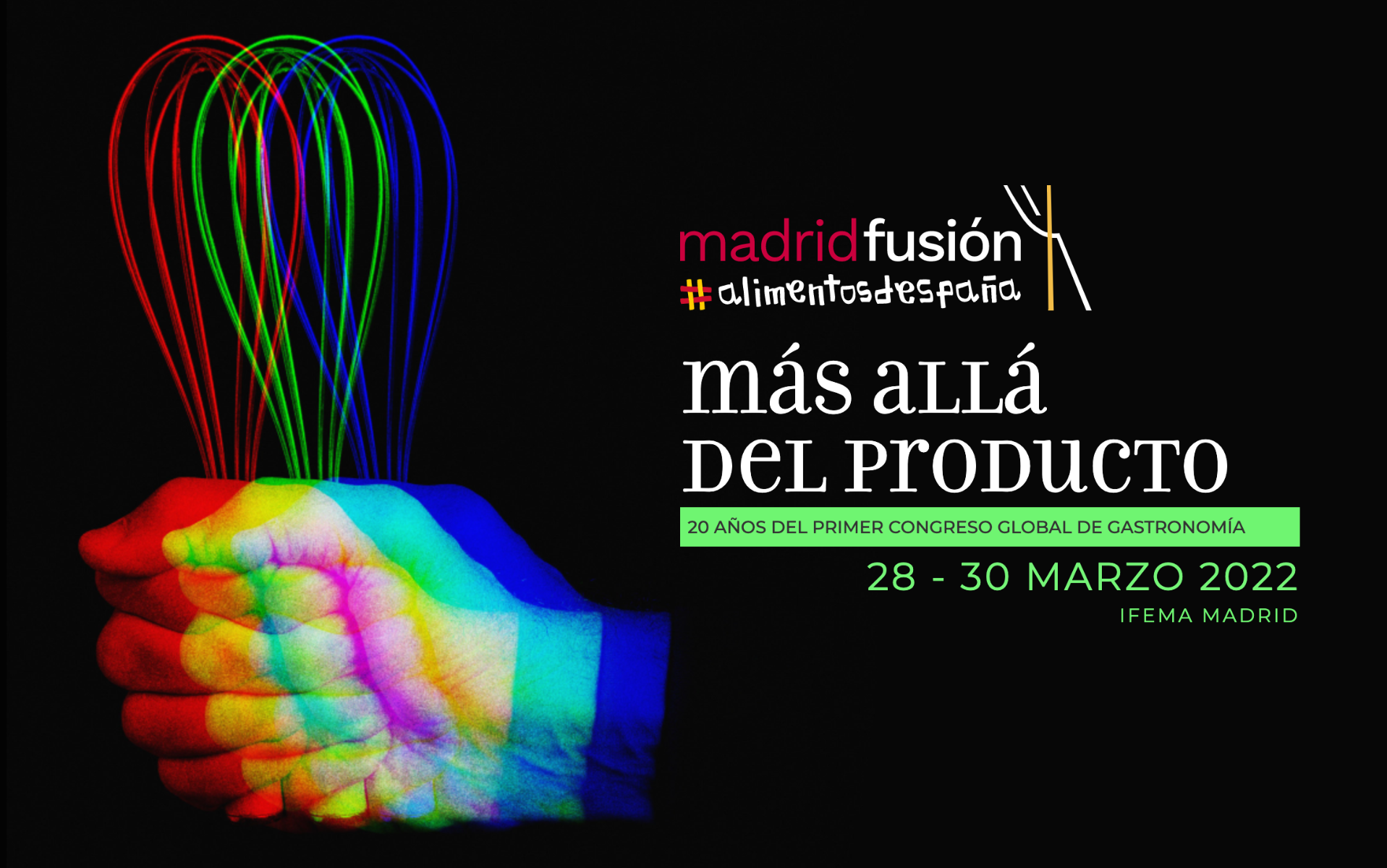 Madrid Fusión Alimentos de España 2022 has demonstrated the vitality of the big gastronomy congresses and the desire of the gastronomic sector to meet again. At the end of March, the congress closed its 20th anniversary, breaking all its records: 16,500 visitors, 1,171 congressmen in the main auditorium and 1,038 journalists from all over the world attended the event. Never in the history of the congress has there been such participation.

They had been three very intense days in which there was a great display of talks, presentations, round tables, awards, contests, workshops, tastings, activities in the exhibition area, etc. Chefs and cooks from all over the world had the opportunity to share friendship and knowledge, which has shown that gastronomic innovation has not stopped due to the pandemic.

In this edition, the award for Revelation Chef 2022 has been given to Pedro Aguilera, who works in the family restaurant Mesón Sabor Andaluz, in Alcalá del Valle (Cádiz), a town of 5,000 inhabitants. The award-winning chef was a disciple of Benito Gómez and spent four years as head chef of Ricard Camarena.

The priceless meal of Robert de Niro also took place. In 2021 he agreed to promote the congress internationally, in exchange for an unrepeatable meal, cooked by five of the most prestigious chefs on the planet: Mauro Colagreco, Joan Roca, Quique Dacosta, José Andres and Martin Berasategui. It was a unique meal, in which the chefs proposed a menu combining iconic dishes from their menus with nods to representative seasonal products from their kitchens.

The 20th anniversary ended with a message of solidarity towards Ukraine, with the participation of the Ukrainian chef Ksenia Amber, one of the country's greatest culinary exponents. Currently emigrated to Spain, she works for her country organizing solidary dinners, where she also shows the gastronomic potential of Ukraine, as she did in Madrid Fusión cooking typical dishes of the country.