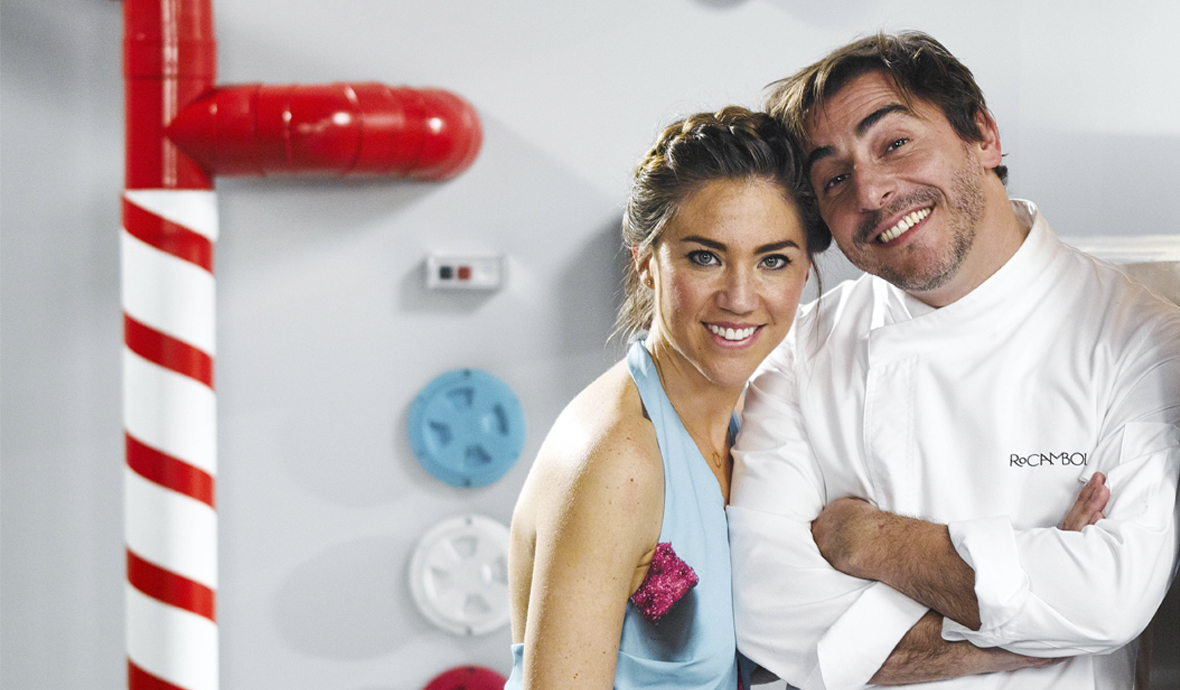 With the aim of conquering the universe of sweets, Jordi Roca and Alejandra Rivas are opening Rocambolesc Confitería, a new space in Girona where you can enjoy the best desserts and snacks made in the workshop, as well as many other new products. Located on Calle Santa Clara, right next to Rocambolesc, this new project will be the home of all the creations that the couple has created over the years and that came out of their ice cream proposal.

Starting this March, all those cookies, nougats, panettone, monas, cakes, Christmas chocolate figures and advent calendars that did not fit into Rocambolesc and were only produced on special occasions, will have their own space dedicated solely to them. It will be "a new space that will allow us to continue exploring the creativity of sweets and the world of pastries," mentioned Roca and Rivas.

The ice cream “toppings”, based on a creativity similar to the applied by the youngest of the Roca family in the design of his desserts, support this new business model. “In the process of preparing and initially creating the ice creams, there was a fun synergy between Jordi Roca's desserts and the ice creams. The toppings became the perfect alternative for ice creams to become the complete version of desserts", they point out.

In addition, the confectioner announces that he wants to continue exploring the world of sweets and that is why he advances that in the confectionery there will be many other products that will be added progressively. For the moment, Rocambolesc Confitería will only have headquarters in Girona, but it is not ruled out that in the near future the establishment will expand to other cities, in the same way that Rocambolesc has done in Barcelona and Madrid, and Casa Cacao, with its stores or corners in luxury hotels.