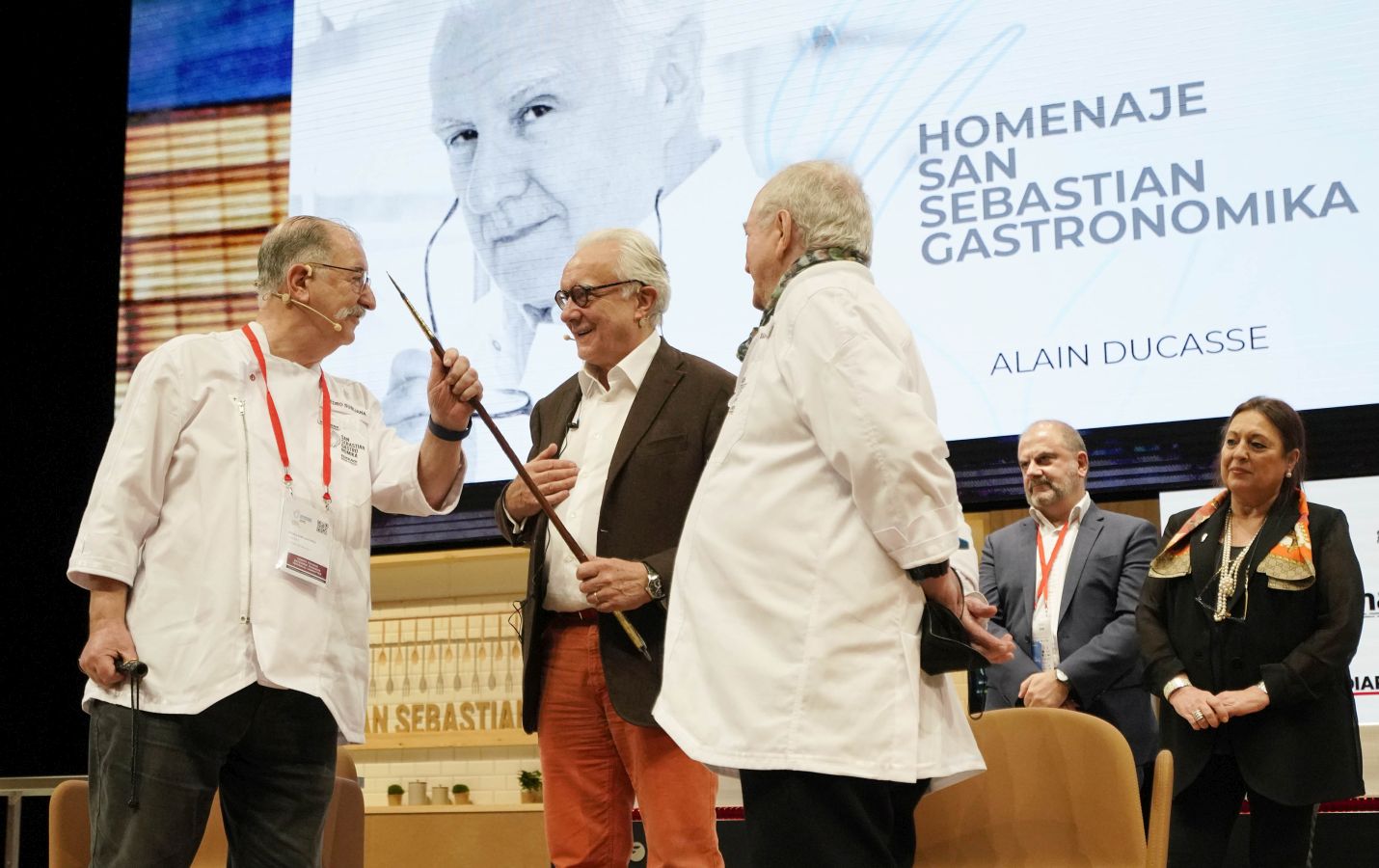 After a long pause, San Sebastián Gastronomika-Euskadi Basque Country returns in a hybrid format under the name 'Reunions', a qualifier that alludes both to the return of the in-person format of the congress, as well as the eternal relationship between French and Spanish cuisines, and the desire to open a new dialogue between them. This event took place in the Kursaal auditorium from November 14 to 17 and brought together 12,061 accredited people, 1,479 congressmen and 150 exhibitors, thus turning the capital of San Sebastian into the world epicentre of gastronomy.

As a tribute to French gastronomy and its national chefs Michel Bras, Alain Ducasse, Paul Bocuse, Antonin Carême or Pierre Gagnaire, the inaugural dinner of this edition was prepared and designed by the Spanish chefs José Manuel de Dios, Alain Guiard, Enrique Fleischmann, Albert Boronat and Jordi Butrón. They had the objective to show their particular vision of the lessons learned in some of the best restaurants in the French country, thus demonstrating that French cuisine has marked a cross-generation of chefs.

It should also be mentioned that chef Alain Ducasse was awarded the Tribute Prize of this XXIII edition for his innovative and diffusing work. "Not only is he deserving for being the one with the most Michelin stars in the world, but also for everything he has represented and represents in the international gastronomic concert: the positioning of the Mediterranean, the naturalness based on tradition but always looking forward and creation, in short, a style of its own that has inspired and continues to inspire generations", explained the organization.

To conclude, numerous presentations and activities took place, such as the one chef Fran Martínez from Maralba Restaurante, who delved into the diversity of Spanish cuisine; or the talk under the title ‘Disruptive techniques 2022’ starring the trio from Disfrutar Oriol Castro, Eduard Xatruc and Mateu Casañas; or the one of chef Joan Roca from El Celler de Can Roca, who participated in the closing session with his vision of "French cuisine that has inspired us".