Podium for Dabiz Muñoz, Björn Frantzen and Andoni Luis Aduriz, in the ranking of “The Best Chef Awards” 2021

Podium for Dabiz Muñoz, Björn Frantzen and Andoni Luis Aduriz, in the ranking of “The Best Chef Awards” 2021 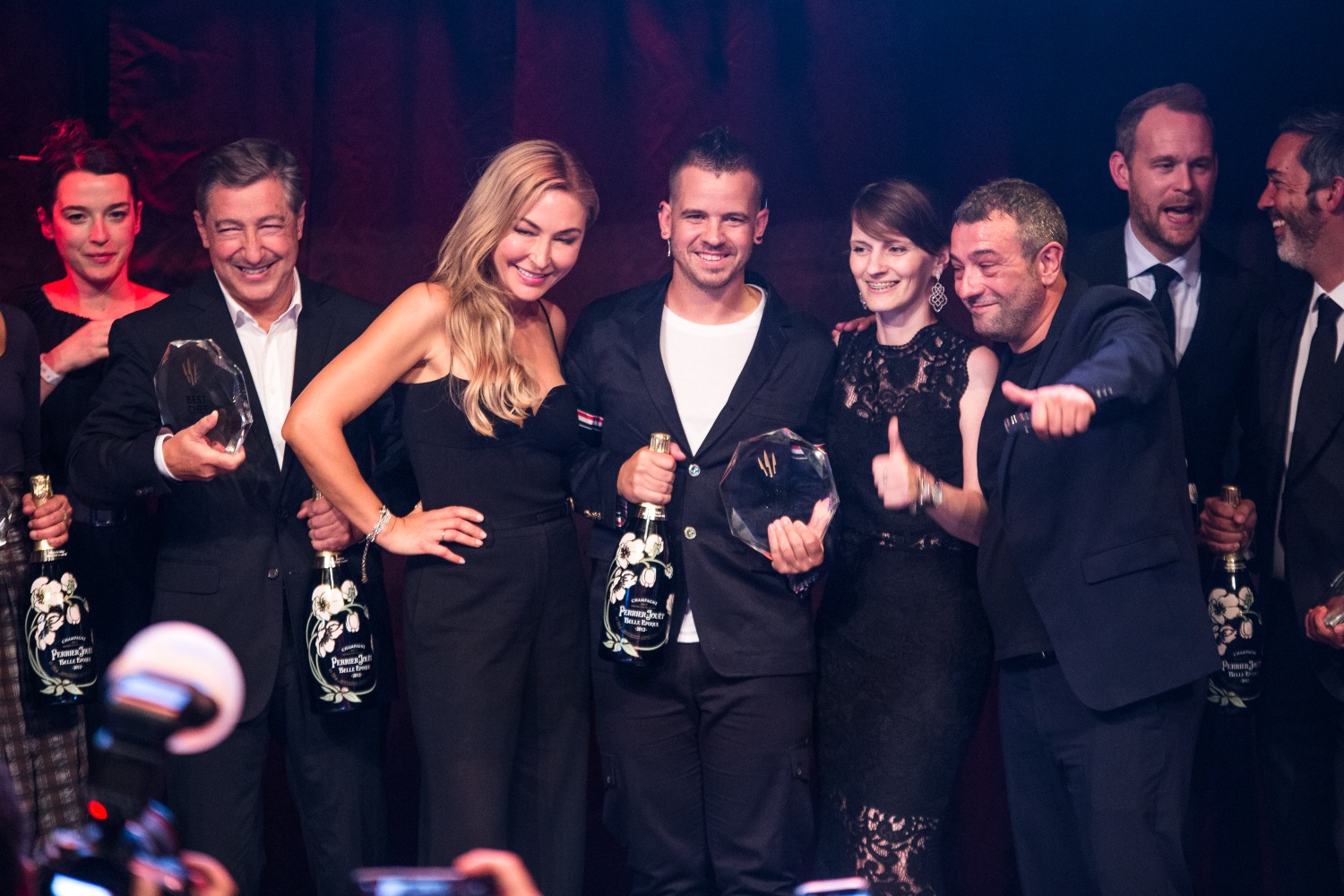 On September 13, 14 and 15, the annual “The Best Chef Awards” gala was held in Amsterdam, one of the most prestigious ceremonies in the world of gastronomy in which the ranking of the best chefs of the year is announced. The list for 2021 is headed by the chef from Madrid Dabiz Muñoz, thus becoming the "best chef in the world". The second position has been for the Swedish chef Björn Frantzén, who repeats the same position from the previous edition, and the third for the chef Andoni Luis Aduriz from San Sebastián.

«Getting number one in the Best Chef Awards is the greatest joy. Incredible pride and responsibility. The "fucking" biggest! For me, "The Best Chef Awards" is one of the most prestigious publications in the world today, and an award like this is a dream come true, recognizing many years of creativity, dedication, passion and hard work. The last years in the ‘XO world’ have been very intense and brutal, but my team and I are clear that this is only the beginning, and the best is yet to come. There are no limits in sight.» says Dabiz Muñoz.

In addition, it should be mentioned that Spain has a lot to celebrate this edition. A total of 13 positions in the world Top 100 are occupied by Spanish chefs. Joan Roca occupies the fourth place, the owners of Disfrutar Oriol Castro, Eduard Xatruch and Mateu Casañas the 6th place, the Basques Martín Berasategui and Eneko Atxa the 28th and 31st respectively, the Madrid-born Paco Roncero the 45th, the Andalusian Ángel León the 48th, Paco Morales, from Córdoba, the 54th, Quique Dacosta from Extremadura, the 57th, Jordi Cruz from Catalonia, the 59th, Toni Romero from Castellón, the 87th, and finally, Diego Guerrero from the Basque Country, the  89th.

The winners are chosen by a group of professionals and by the chefs themselves and seek to reward «a modern, leading chef who enhances food with technology or science, or even with a positive social impact. A hard-working role model who can serve as a guide for new generations of curious talents.» With the idea of ​​focusing on people and not restaurants, The Best Chef Awards mixes current protagonists and chefs of new generations in order to create a «bridge between the past and the future» and reflect «the best of the world food scene.»