The World’s 50 Best Restaurants 2021: podium for Noma, Geranium and Etxebarri

The World’s 50 Best Restaurants 2021: podium for Noma, Geranium and Etxebarri 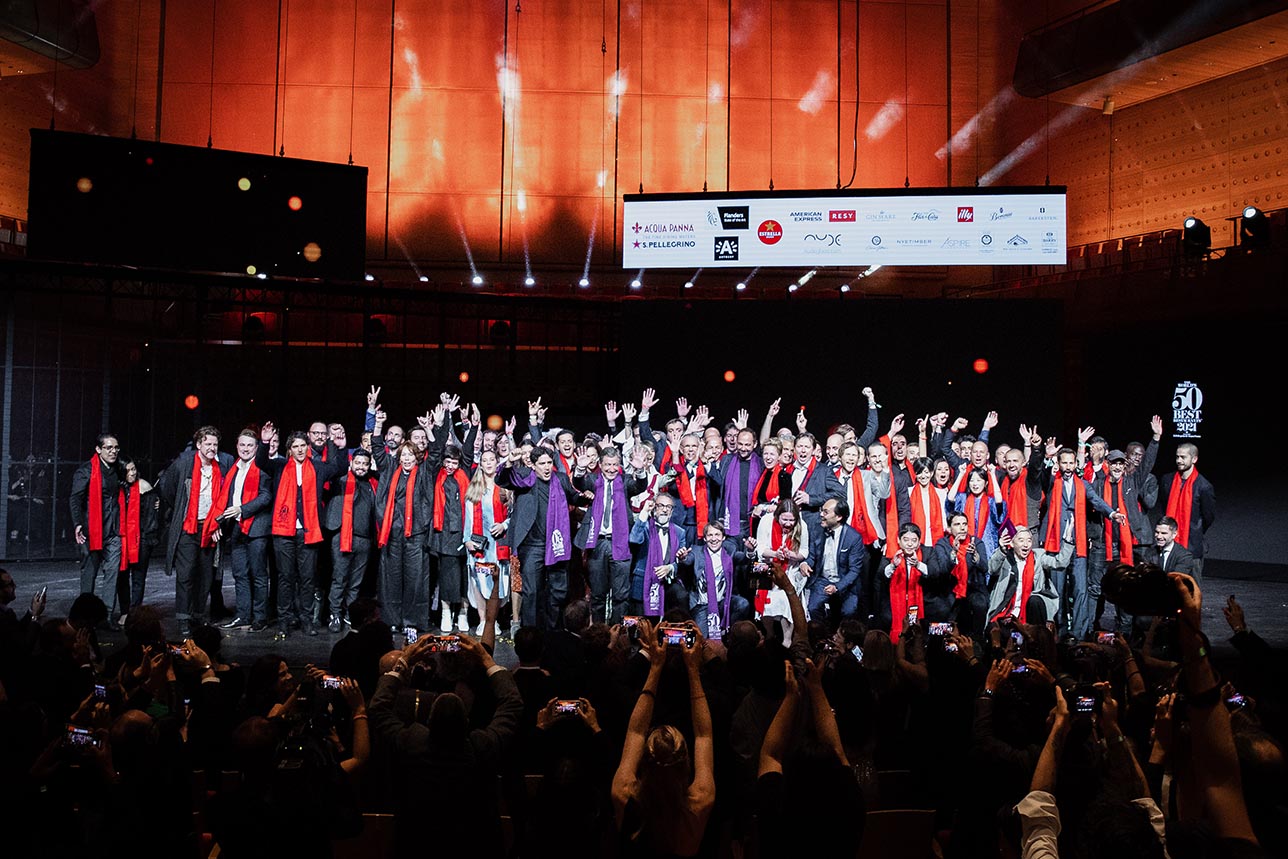 After a hiatus of almost two and a half years marked by the pandemic, the prestigious gastronomic contest The World’s 50 Best Restaurants has returned this October to unveil the new ranking of the 50 best restaurants in the world. The gala, which took place in the Belgian city of Antwerp, brought together chefs, restaurateurs and journalists from five continents for the occasion, and was hosted by William Drew and broadcast live on social media.

The ranking for this 2021 is headed by Noma, the three-star Michelin restaurant located in Copenhagen (Denmark) by chef René Redzepi. He was nothing more and nothing less than the great favourite in all the pools of the gastronomic experts, and the forecasts have been fulfilled. In second place we find the also Danish restaurant, Geranium, by chef Rasmus Kofoed, and immediately behind we have the Spanish establishment Etxebarri, by chef Bittor Arginzoniz.

Noma and Geranium demonstrate the clear dominance of the Danish capital as a gastronomic destination not only European but also global, thus turning the city of Copenhagen into a center of haute cuisine. Likewise, Spanish gastronomy has also made an important niche within this prestigious ranking, once again placing itself as one of the most recognized gastronomies, inside and outside the Spanish borders. There are two restaurants that have managed to position themselves in the Top 5, six in the Top 50 and ten in the Top 100.

The big news this year is the tri-star Spanish chef Dabiz Muñoz. His restaurant in Madrid, DiverXO, has had a rise that we can define as meteoric, from position 75 in 2019, has gone directly to number 20. On the other hand, it is also essential to mention that all the top of the list from previous years have entered to be part of another lifetime classification called Best of Best. In it, we can find iconic restaurants such as El Celler de Can Roca, Osteria Francescana, The Fat Duck, Eleven Madison Park, or Mirazur.